Sailing from Loftahammar to Figeholm, Kalmarsund
Where am I now? Position 57°27.9’N 016°36,6’E Yttre Vattengatan

Yesterday, the weather reports were the same from different sources. And they were wrong. No westerly wind where I was, anyhow. Mostly southerly wind. Still, the morning clouds evaporated and it became a warm and sunny sail. Beating against the wind actually has it’s advantages when the wind is less strong. Gives some extra force. But the way to travel gets longer. I changed my destination along the way, and in the late evening ended up in the small archipelago around the town of Figeholm. In between the town of Oskarshamn and the Simpevarp nuclear power plant. The nature is nice, low red granite stony islands with sparse, low vegetation. Many birds, and not much else. Desolate. Quite different from the intense pleasure boat traffic in the Stockholm area. I saw another Monsun late last night, coming in from the sea with the nav lights on, heading for the town. And I have totally seen three other boats pass by. That makes four altogether.

Now, about the nearest future. A low pressure area is approaching from the west/southwest. The few days ahead are going to be very windy. It is good that I am under the leeward coast, which means lower wind speeds. But it is possible that I have to find some safe harbour to sit it out for a few days. Today, it is raining. Then it is a treat to have good clothing, and a roof to sit under in the boat. Maybe I get to Kalmar today, maybe not. Doesn’t matter. I have food and water and a safe boat to seek shelter in. No worries.

Afternoon update:
No, the depression is here. I moved to a more protected anchorage, took an hour and was only a little further south. It is very windy from the southwest. The worst passes tommorow. I guess I am going to have time to read. Probably sail again on Friday. 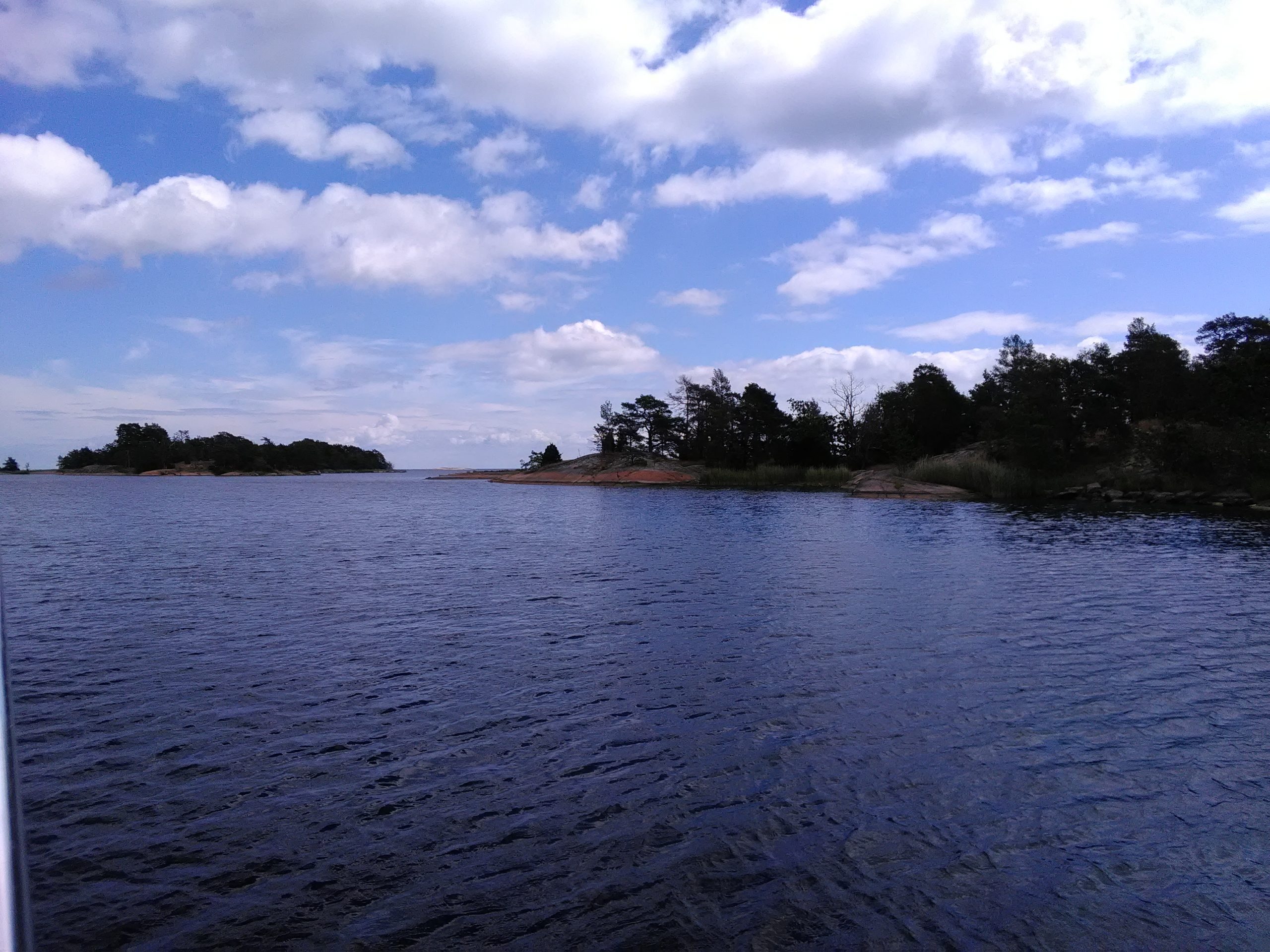