Finally time to write a little update. I have been busy. After retrieving the stuck anchor at Figeholm Ekön I sailed down to Kalmar. The city was unusually empty, including the guest harbour. Normally the harbour is filled with touristing boats from Germany, Netherlands, Denmark and the Baltic States. Now, almost empty. Two german sailboats and some swedish yachts. Anyhow, I did my shopping and bunkered up with diesel oil, water and emptied the trash.
Yesterday morning I cast off and started sailing south from Kalmar. First bit went fine, but the further down I progressed, the choppier the sea went. At last I made no progress at all, and decided to turn back and wait for the wind and waves to calm down. Anchored at Björkenäs, north of the Öland bridge, and rested, cooked food and ate dinner. In the evening it had become much less windy, so I took up the anchor and headed south once again. Passed Kalmar for a third time and this time the wind had moved to the west, not straight from the south anymore. Good, so I sailed on into the night and made good progress. After dark, I was hoping the wind would stabilize. But, instead it became more unstable, gusts with very hard wind. The wind vane was steering fine, but the waves came from all sides and several times hit me hard. I could not see the waves, so no way to know when to duck… After a while I came very near the harbour entrance to Degerhamn, a small industrial town with a few hundred inhabitants. But a big cement factory that ships out produce. There was a guest harbour, and the big industrial port. Since it was dark, I did not find the guest harbour, but the industrial port was lit up and marked with navigational lights. Always an interesting experience to follow the light pattern, and rely on the truth of it. After a while I managed to tuck in behind a huge concrete quay, sheltered from the wind. Tied up for storm, and turned in to rest.
In the morning, when I could see around me, I realized it was lucky I did not find the guest harbour. It was widely exposed to the stormy winds from the southwest. It is gusting stormy wind, blowing in foam and sea spray from the Kalmarsund. I guess this will be my safe harbour the coming weekend. Unless somebody comes and tells me to leave. I cannot leave the boat, there is a fence all around me. But, since I have to quarantain myself that is actually fine. As of yet, I haven’t seen a person anywhere around. The factory is closed for the weekend of course. The weather reports are not good. Stormy at least until Monday, maybe even Tuesday. We’ll see when I can start sailing again.

A view from my window this morning 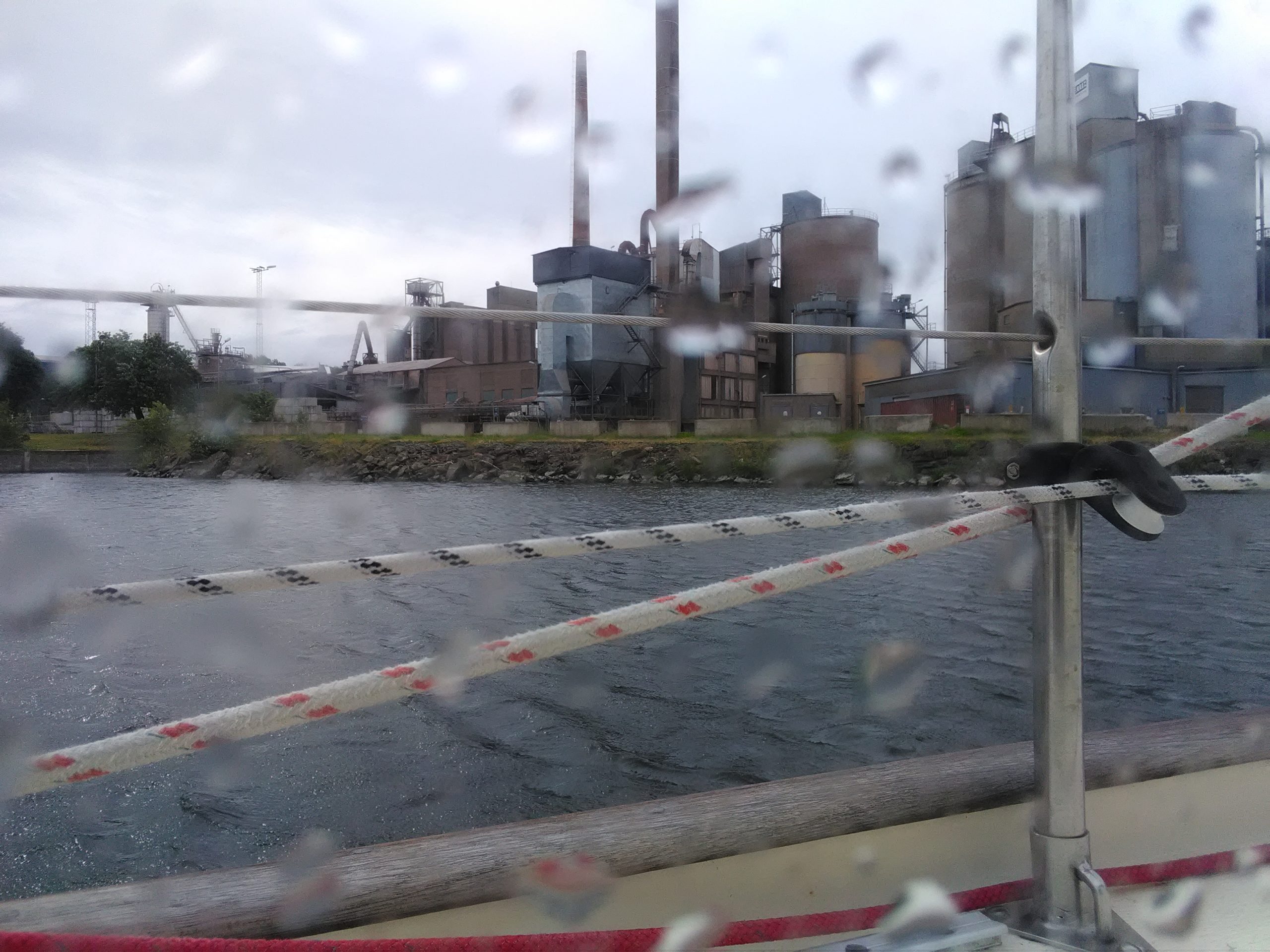 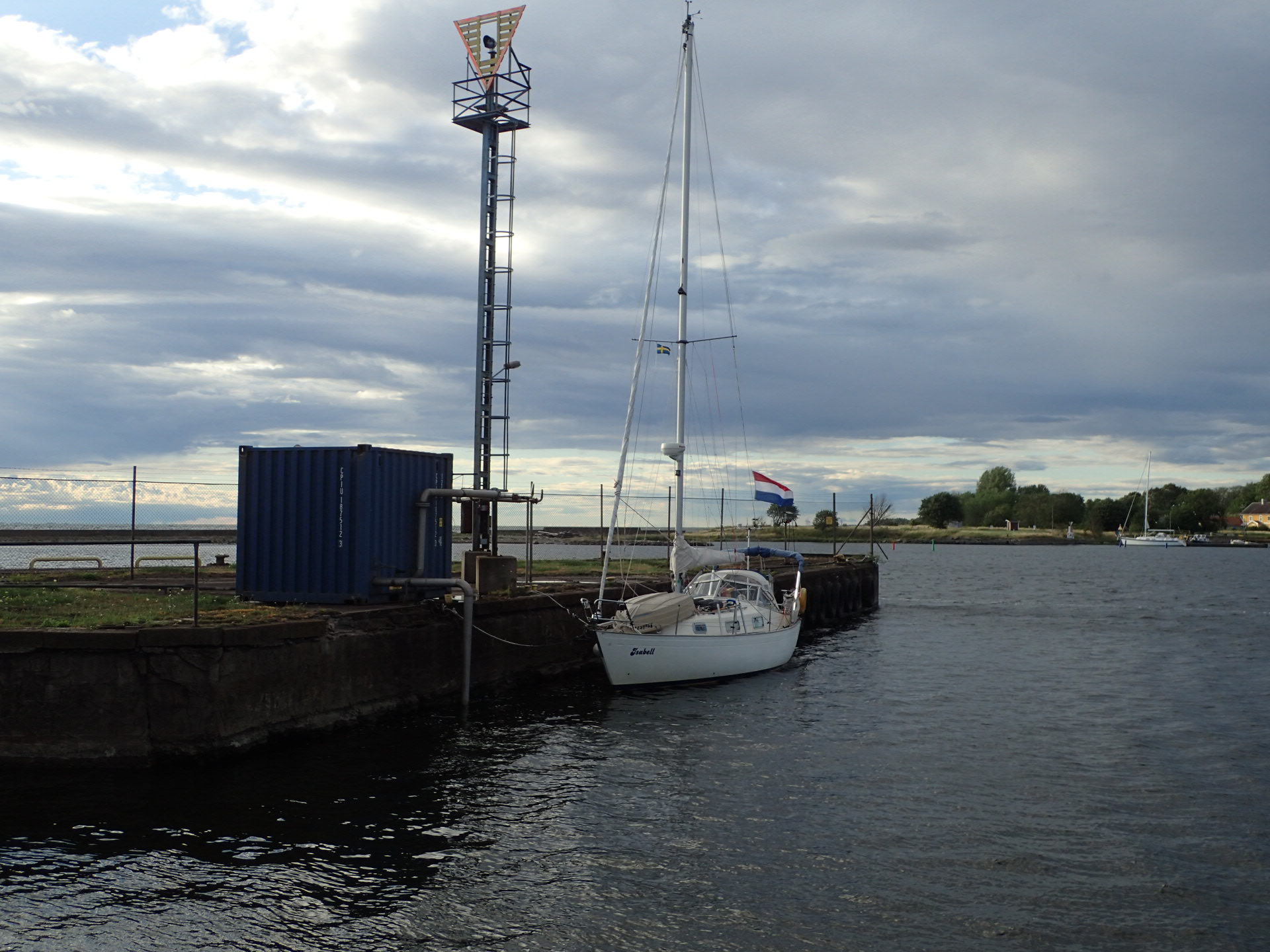 One thought on “Safe harbour for shelter at Degerhamn”