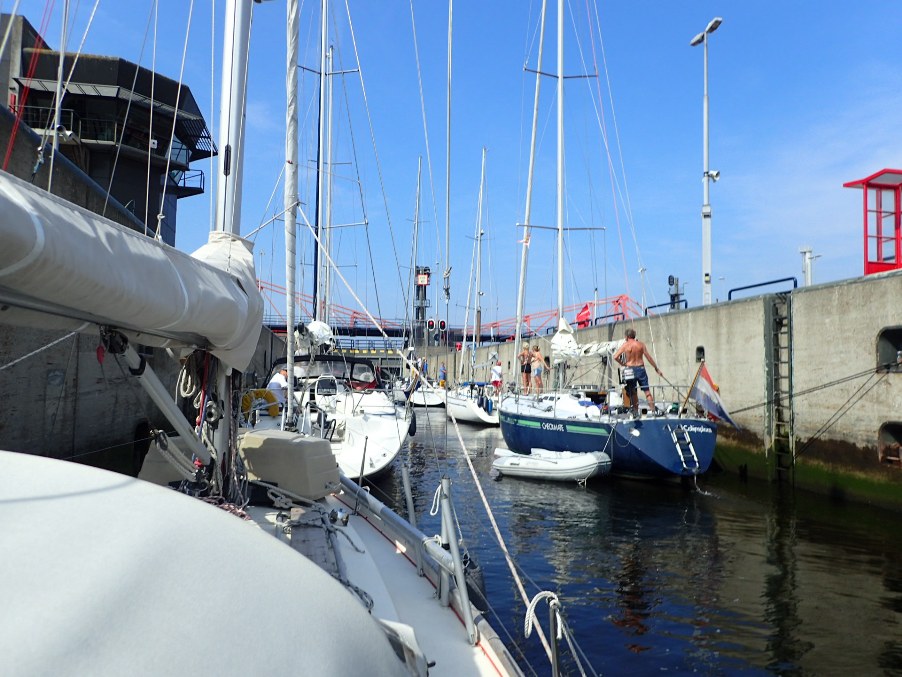 The past few days have been hot. Inside the boat it is above comfortable temperatures. Outside the sun is ruthless. Coming from Leiden I again passed the Kaag lake, and decided to hang out there on Sunday. Did some sailing, filled up the diesel tank and anchored in a windy place. Still it was so warm that I went swimming in the lake. The next morning I continued on my canal tour, basically alone. I have understood the reason why. Lots of problems with the bridges. The heat has expanded the decks of the bridges to the extent that they are not closing after being opened. They sprinkled water on them everywhere. Waiting times were long for a few bridges. But I got to Haarlem and moored in the middle of the old town. Beautiful. Then, today I continued along the river Spaarne to the North Sea Canal, much like the Kiel canal. It took me out to the North Sea at IJmuiden. Now I am in the Seaport Marina, and have prepared for the sea voyage. Early tomorrow I am heading out to sea and sailing north. Wind is blowing from the east, so that is good. Will see how far I get.

On a trip like this it seems my purpose to keep a steady course into the horizon. Here we are, alone on an empty sea.