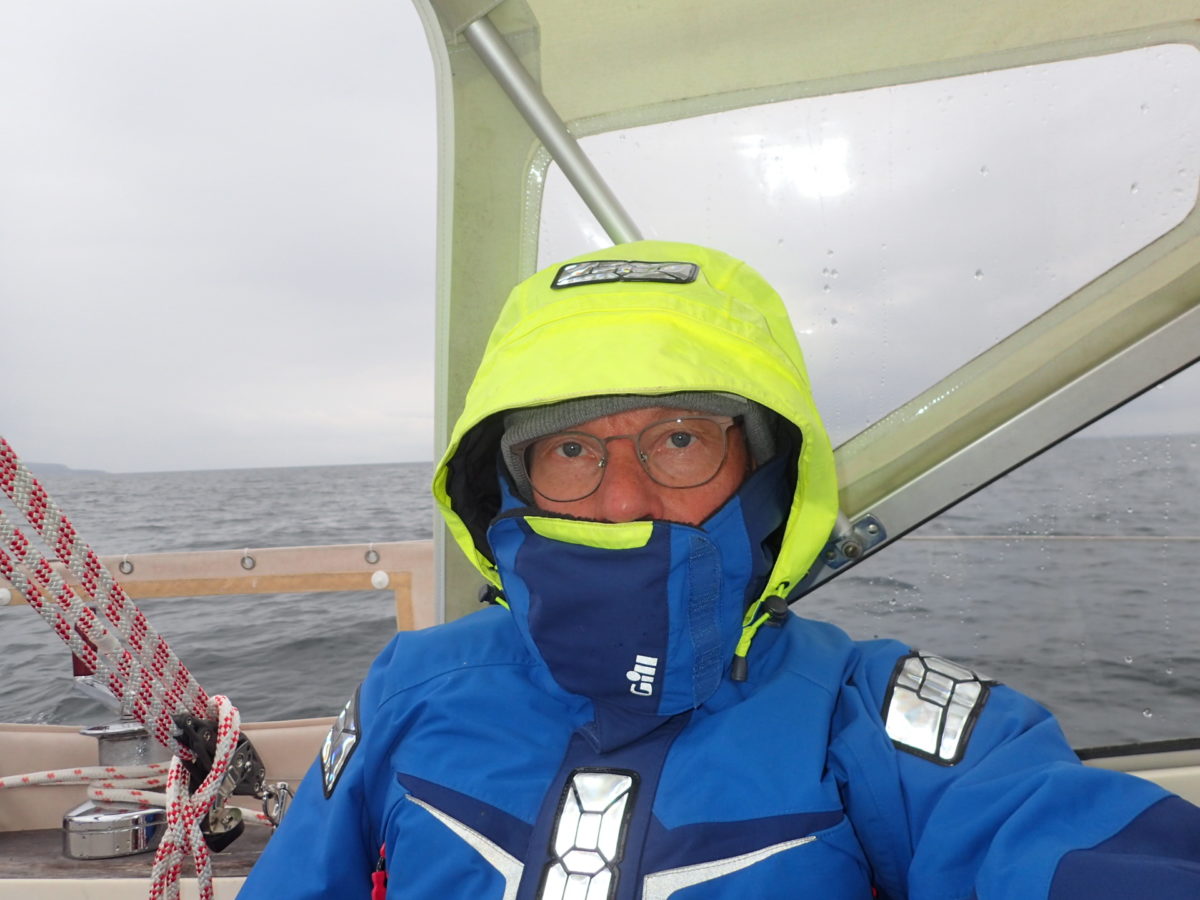 Where am I now? In Möcklösund, Karlskrona archipelago.

From Ystad to Simrishamn I had decent sailing weather, winds changing due to heavy cloud formations over the sea southeast from where I was. Well in port at Simrishamn it rained heavily. The harbor was empty, and according to the people at the harbor office it has been a season with very few visiting boats. I bought some diesel and went shopping in town. The next day I sailed and motored across the Hanöbukten (Bay of Hanö), and had set course on the island of Utklippan. At a quarter past four in the afternoon the Utklippan lighthouse was visible. First part of the journey I had sailing wind, then the wind died and I motored a few hours. Afternoon, the wind gradually returned from the west. The sea waves came in from the northwest, and made it necessary to hand steer a lot of the time. As the wind picked up in the afternoon, the windvane kept course. Most of the time the sun was out and it felt warm. All alone on this part of the sea. I spotted three ships on the entire journey. Then, as I got closer to Utklippan, the wind picked up to 11 meter per second and the waves grew more than 2 m high. So when I finally got to Utklippan, breaking waves and the wind straight into the harbour entrance made me pass it by. I set for rounding Utlängan on the mainland side of Blekinge and steered for the entrance to the inside route from Långören to Karlskrona. Well behind land, the sea became calmer and I raced against the clock to find an anchorage before darkness fell. I anchored in a nice spot in leeward of land and went to sleep.

At 5 am I woke up, because the wind had changed direction and the anchor was dragging. Isabell hit bottom. So I got into foul weather gear, got the anchor up, which was fouled with sea weeds, hence the dragging. It had just become light enough to navigate these shallows visibly. I knew the area well from before, since I lived in this area for a few years a while ago. So I went for the safe inside inlet of Norrviken, where Kryssarklubben has a blue buoy. It is where I stayed today. Rains a lot and every time it rains the wind picks up from nothing to terrible, to die down to nothing afterward again. Now I am cleaning ship and resting a bit. The weather is going to be wet and changing winds for the coming week. I will just have to take it as it comes, and try to get myself to the north. I am glad nothing more serious happened when the anchor started dragging this morning. The parts of the coast are very shallow and stony. But with a beautiful natural scenery.